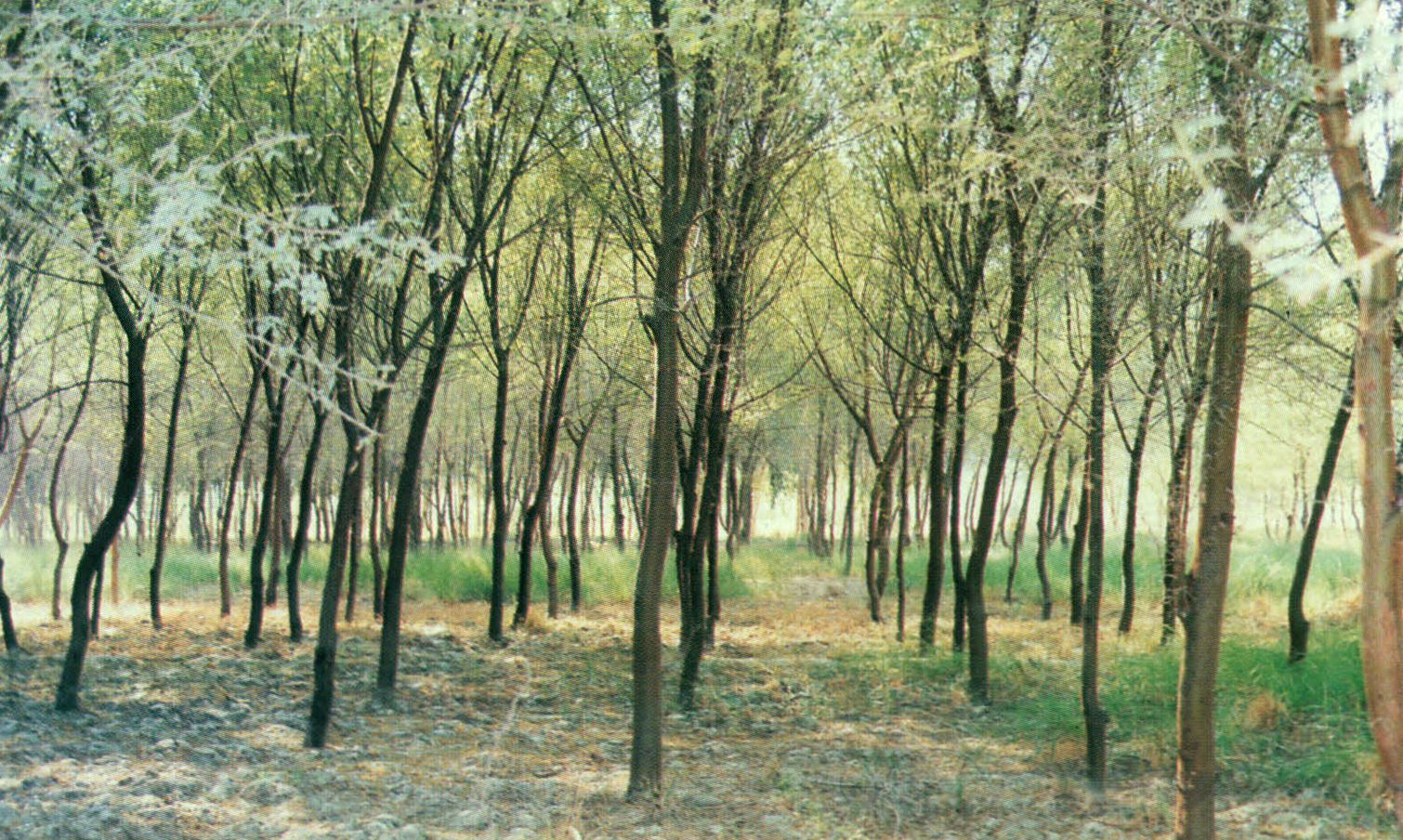 Irrigation in Sindh province has history of several thousand years. Without it, virtually there would been no agriculture. From Moen-jo-Daro era (5000 Years ago) the waters of Indus have governed the overall development of Sindh. Even the name Sindh is derived from one of the original names of Indus River. The irrigation in Sindh was intensified through the construction of barrages and development of canal irrigation system. The first barrage in Sindh was completed in 1932 at Sukkur with gross command area of 3.24 million ha. on both sides of  Indus river. The irrigation system was later expanded through construction of Kotri Barrage (1956) and Guddu barrage (1962). During planning of command area, all inland forest areas were settled on the irrigation network and water was allocated to convert them into irrigated plantations.

Irrigated forest plantations of Sindh Forest Department cover an area of 82,195 ha. and have been declared as reserved forests.

Details of irrigated plantations falling within the command area of various barrages are as under:

The majority of the Irrigated Plantations are managed through following forest divisions:

Guddu Barrage Afforestation Division Mirpur Mathelo Main species growing in these forests are Acacia nilotica (Babul), Eucalyptus spp. Dalbergia sisoo (Talhi or Shisham), Salmalia malabarica (Simal) and Conocarpus. Due to continuous drought prevailing since last more than a period of ten years, resulting in acute shortage of water, these plantations have been badly affected. Some development schemes were implemented since establishment of irrigation system. The most recent development scheme funded by ADB was executed from 1991-92 to 2000-01 wherein 12000 ha. new plantations were raised and 8,000 ha. existing plantations were rehabilitated. The continued diversion of Indus water, in the absence of proper drainage system, gave birth to the problems of water-logging and salinity which eventually lead to depressed crop yield and loss of thousands of acres of cultivable land. The seepage from irrigation channels, agricultural fields, and flow of the historic Indus river has increased the ground water reservoir, which could not be drained due to flat topography of the area, low hydraulic gradient and finer textures of underlain aquifer. This resulted in accumulation of water in the aquifer body, causing the rise in ground water table.